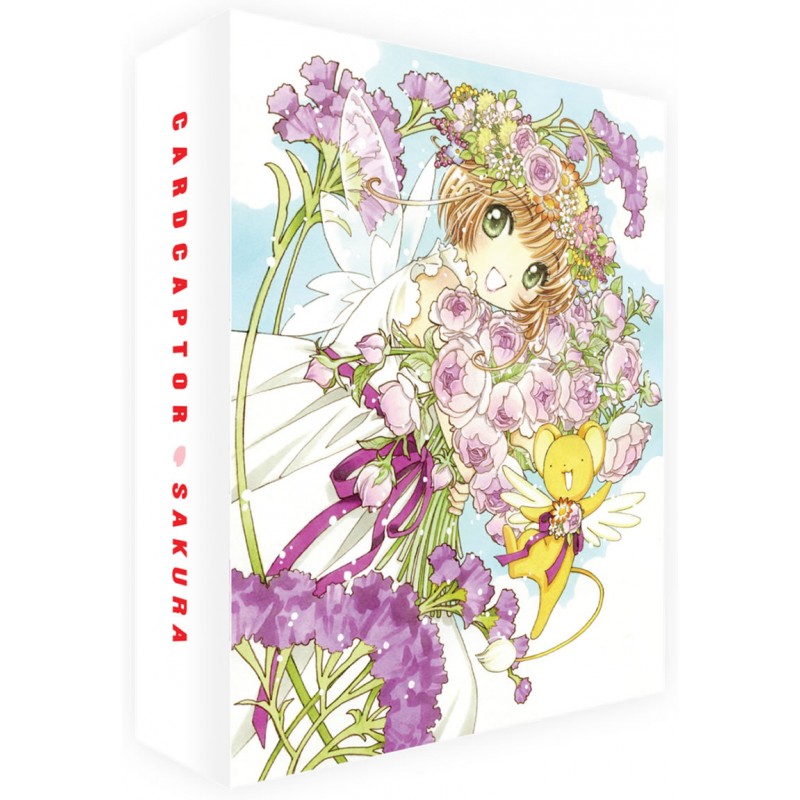 Comes packed in a rigid slipcase with two Amaray cases to hold the ten Blu-ray discs.

Also included is a 20-page booklet with artwork from the series, alongside an exhausting article examining the series written by Andrew Osmond.

Ten-year-old Sakura lives a pretty normal life with her older brother, Toya, and widowed father, Fujitaka. Or she did, until the day she returned home from school to discover a glowing book in her father’s study. After opening the book and releasing the cards within, Sakura is tasked with collecting each of these magical cards, while trying to live the life of a normal fourth grader. In the monumental task of collecting all the cards, Sakura must rely on her friends and family, and decide what she finds most important in life.