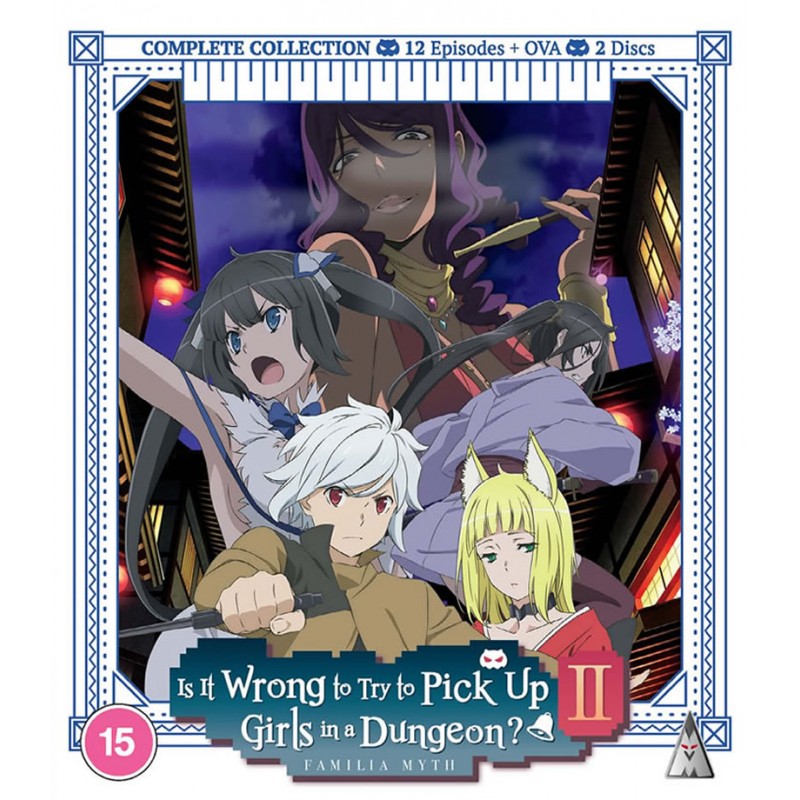 Is It Wrong To Try To Pick Up Girls In A Dungeon?! - Season 2 Standard Edition (15) Blu-Ray

Is It Wrong to Try to Pick Up Girls in a Dungeon?! Season 2 contains episodes 1-12 of the anime and OVA directed by Hideki Tachibana.