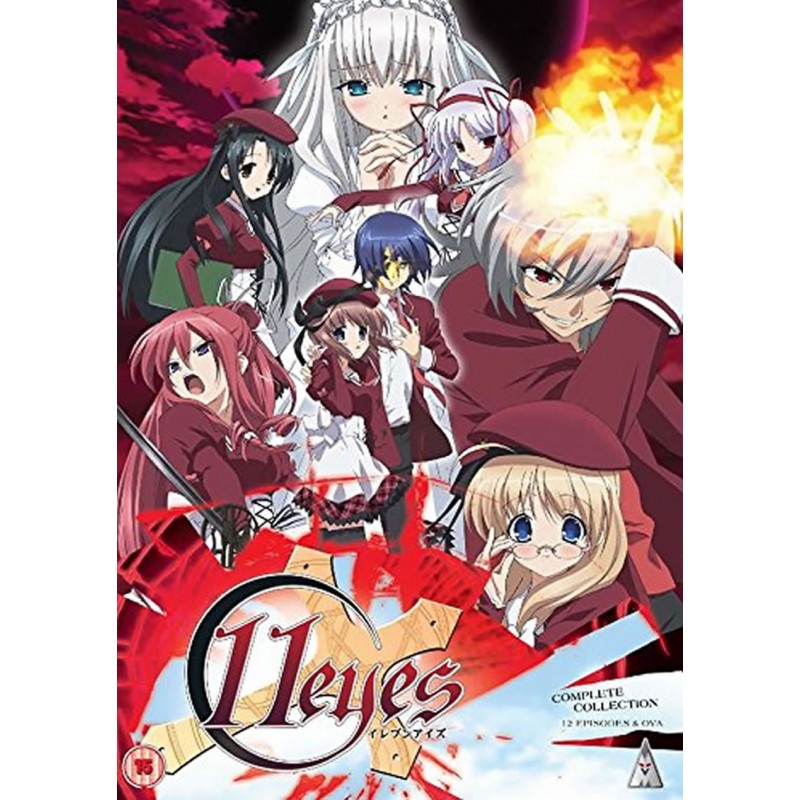 £29.99
£4.99 Save 83.36%
Publisher: MVM
Released: September 19th 2016
Classification: 15
Language: Japanese
Subtitles: English
Running Time: 325mins
Raised in an orphanage after witnessing his sister's suicide, Satsuki Kakeru's life has already been dark and cruel enough. When he and his friend Yuka are thrown into a alternate dimension called the Red Night, it takes a gruesome turn from bad to horrific. Now, trapped flickering between our world and the Red, Kakeru quickly discovers that he and Yuka are not alone, and that, together with the other so-called "fragments," they must defeat the malevolent entities known as the Black Knights.

Facing monsters from beyond imagination and at the center of a deadly hunt, Kakeru's only chance of saving their lives now hinges on finding the power buried within himself and unraveling the mystery of his own origins and family... if he can survive long enough to do it! The horrors of the Red Night are just the beginning of the nightmare as shocking truths are exhumed!