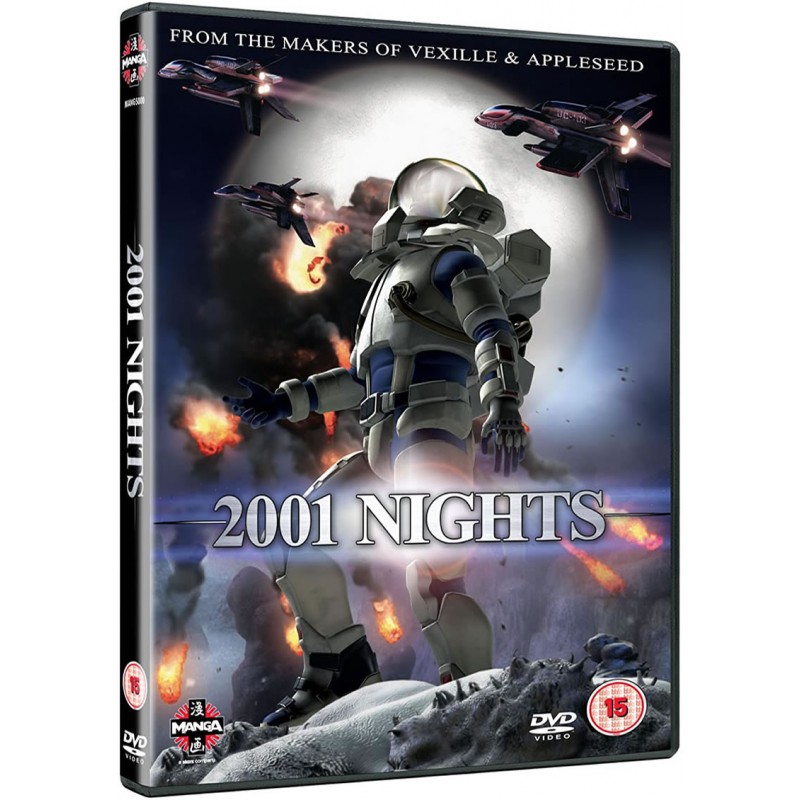 The year 2068. Human kind has stablished a moon colony with a vast population of 300,000 inhabitants. They need supplies and the easiest way to send them is via the Moonlight Bazooka, a gas propelled launcher that shots the containers to the moon orbit. Then one day the 078962-EK ship, best known as the ghost ship Flying Dutchman docks after a 15 year travel carrying the most precious energy resource known by humanity. Space travel is cruel since the travelers only age 2 years while the rest of humanity ages 15 in the process. The second OVA takes place around 100 years later, humanity now is trying to establish colonies around other stellar systems, but still they don't travel as one and carry their national identities and the seed of war. The planet where they find the most suitable colonization terrains soon shows them that living as separate beings in the universe is not a good way to survive.