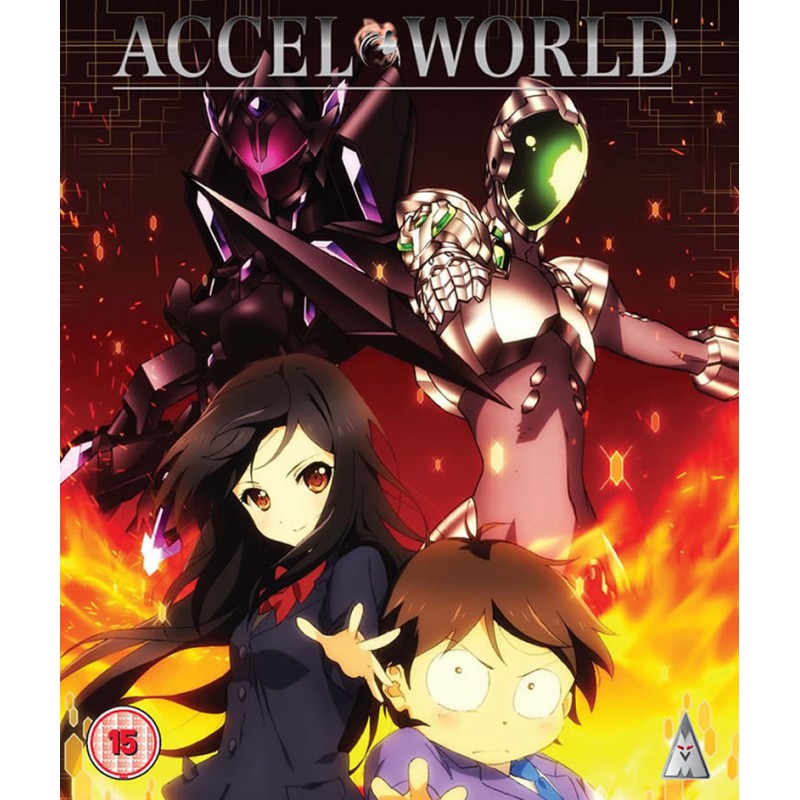 £49.99
£36.99 Save 26%
Publisher: MVM
Released: April 13th 2020
Classification: 15
Language: English, Japanese
Subtitles: English
Running Time: 576mins
The year is 2046. Portable devices known as Neurolinkers have enabled mankind to oversee their daily life within virtual reality networks. But the advancements in technology have yet to provide a solution for the growing number of victims of bullying.

Haruyuki Arita is one such student who finds himself on the lowest social rungs of his school. Ashamed of his miserable life, Haruyuki can only cope by indulging in virtual games. That all changes when Kuroyukihime, the most popular girl in school, approaches Haruyuki with a cryptic proposal: to "accelerate" further, and beyond.

Haruyuki is introduced to a mysterious program called Brain Burst and a virtual reality called the Accel World. Learning its secrets, Haruyuki musters the courage to accept Kuroyukihime's proposal and to fight alongside her as her knight.