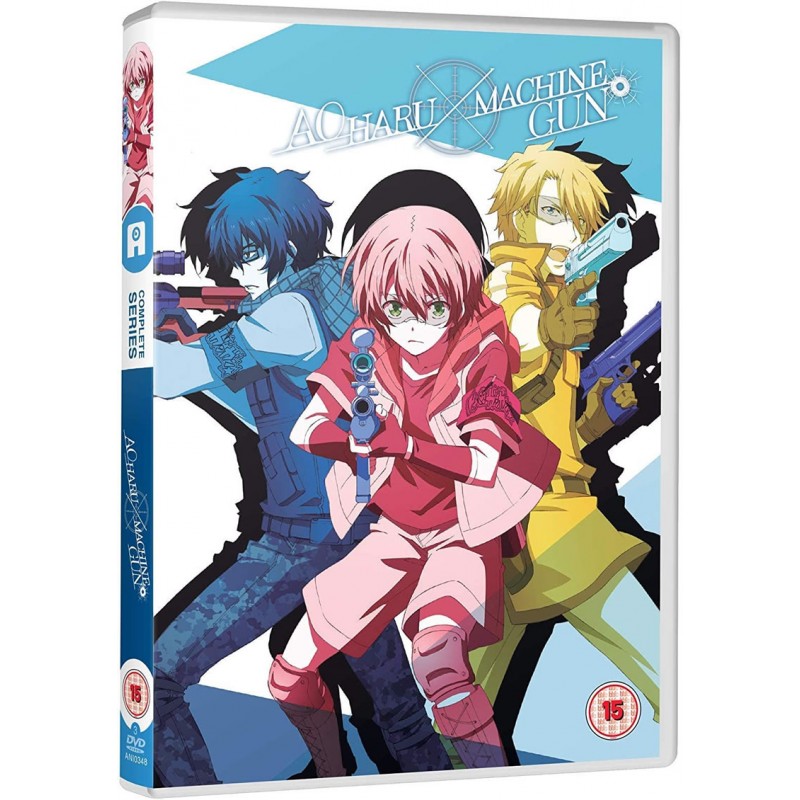 When Hotaru Tachibana storms into a host club to avenge the honor of a wronged female student, the last thing Hotaru expects is to duel the club's most popular host with airsoft guns instead of fists.

When Masamune Matsuoka's experience wins out over Tachibana's brawn, he realizes that he can use his victory (and the large bill for damaging the club) to make Tachibana join his struggling Survival Gaming team. However, what ladies' man Masamune totally misses is that his unwilling new guy... isn't a guy at all!

Blood will boil both on and off the airsoft arena, but it's not over until the last round is shot in AOHARU X MACHINEGUN!