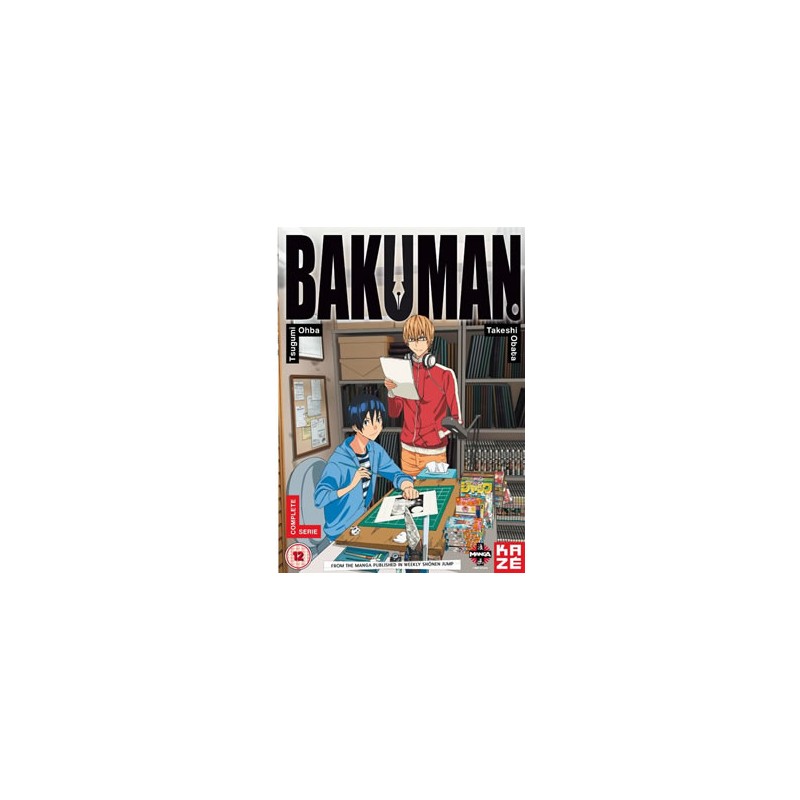 £39.99
£12.99 Save £27.00
Publisher: Kaze
Released: June 17th 2013
Classification: 12
Language: Japanese
Subtitles: English
Running Time: 600mins
Top student Akito is willing to do anything to become a hit writer in the Japanese comics industry, including manipulating his unsure classmate Mashiro into becoming his illustrator. Before long the pair have their backs up against the wall, fighting for a chance to get noticed in the intense world of manga publishing. But then, an unlikely series of events puts them face to face with what real comic artists have to give up: love, their health, and maybe even their futures. Get ready for a compelling race through the world of publishing, not limited to mere glimpses into the industry, but instead all-out panoramic views packed with insider details!