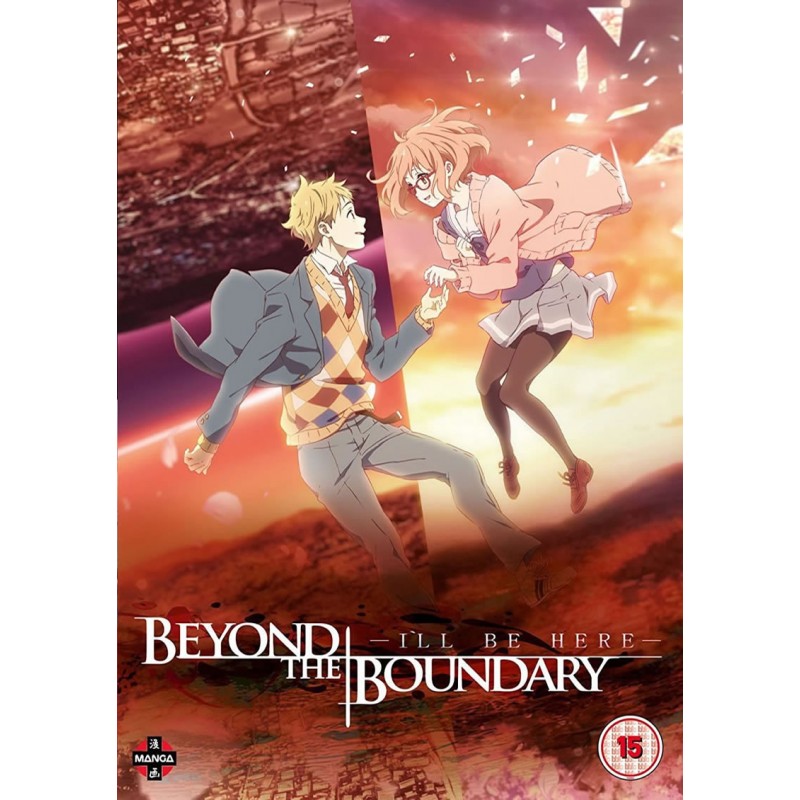 Beyond the Boundary the Movie: I’ll Be Here - Past Chapter/Future Arc (15) DVD

Beyond the Boundary: I’ll Be Here’s ‘Past Chapter’ recaps the anime’s  first season in which half-human, half youmu Akihito strikes up an unlikely companionship with Spirit World warrior Mirai - the sole survivor of a family with the power to employ their blood as weapons. Born of enemy clans, Akihito and Mirai end up forging a powerful bond in their fight against a common foe, but all-new work ‘Future Arc’ sees their friendship falter. Unable to remember the events of ‘Past Chapter’ following the film’s finale, Mirai is disconnected from her friends but is also offered something that had previously been beyond her reach – the chance to live a normal life.