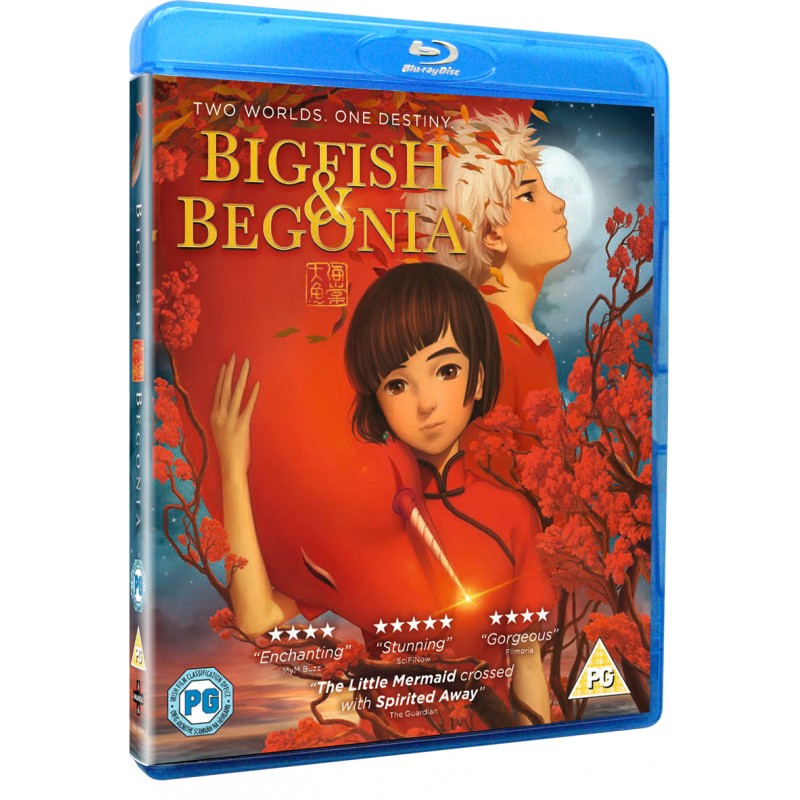 £15.99
£12.99 Save 18.76%
Publisher: Manga
Released: July 9th 2018
Classification: PG
Language: English, Mandarin
Subtitles: English
Running Time: 105mins
In a world within our world, yet unseen by any human, the beings there control time and tide and the changing of the seasons. On the day Chun turns sixteen, she is transformed into a dolphin to explore the human world. She is rescued from a vortex by a human boy at the cost of his own life. Chun is so moved by the boy's kindness and courage that she decides to give him life again. But to do this, she must protect the boy's soul, a tiny fish, and nurture it to grow. Through adventure and sacrifice, love grows, yet now she must release him back to the sea, back to life in the human world.

Featuring a Making Of documentary profiling the 12 year process for the writers and directors to get the film produced, before it became one of the highest-grossing Chinese-originated animated movies of all time.