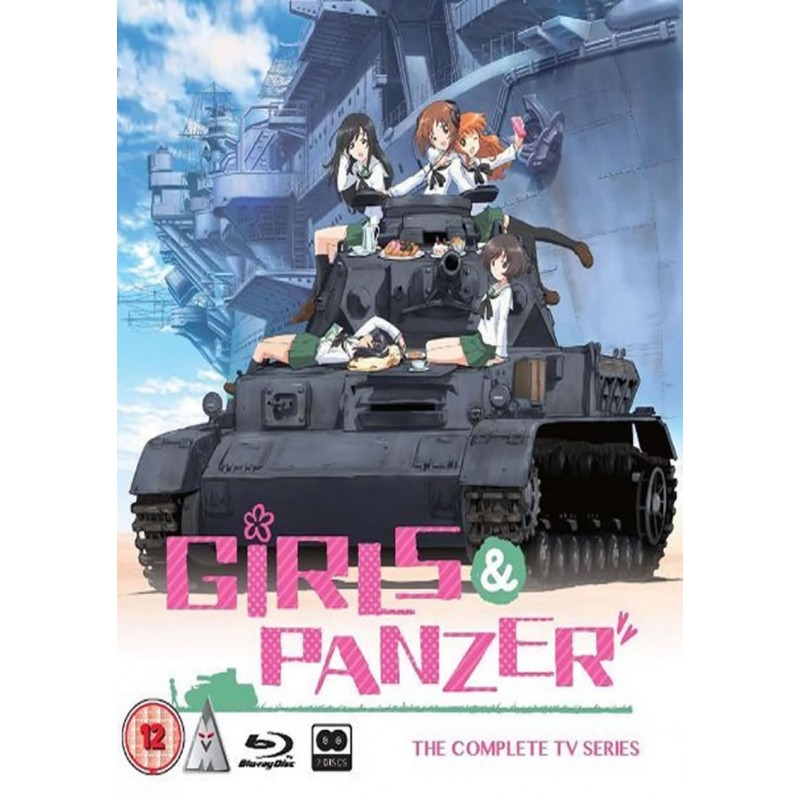 You may have heard of kung fu, but the girls at Oarai Academy practice gun-fu - really, really BIG gun-fu, in fact. It's called Tankery, and it's the martial art of operating armored tanks! And even though the Tankery program at Oarai has been defunct for years, the student council has taken a sudden interest in the art and no one they set their sights on is safe.

That's how Miho Nishizumi, who transferred to Oarai specifically to stay out of tanks, gets drafted to join the newly revived Tankery divison. But it's not all bad, because joining her in Team Anglerfish are her new-found friends Saori, the highly receptive radio operator; Hana, a flower arranger turned gunner; Mako, their brilliant but chronically sleepy driver; and combustible tank fangirl and loader Yukari. They may not be on the half-track to fame and fortune, and maybe some of them would rather shop for tank tops than become tops in tanks, but once their focus is locked and loaded, they're absolutely driven.