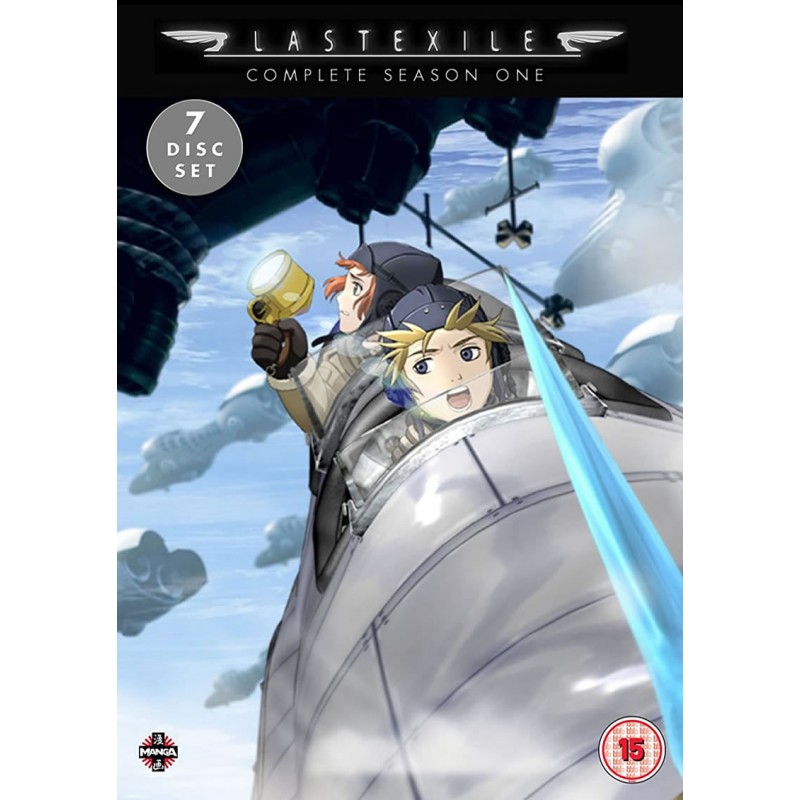 £39.99
£31.99 Save 20%
Publisher: Manga
Released: June 17th 2013
Classification: 15
Language: English, Japanese
Subtitles: English
Running Time: 625mins
It's the dawn of the Golden Age of Aviation on planet Prester, and retro-futuristic sky vehicles known as vanships dominate the horizon. Claus Valca, a flyboy born with the right stuff, and his fiery navigator, Lavie, are fearless racers obsessed with becoming the first sky couriers to cross the Grand Stream in a vanship.

When the high-flying duo encounters a mysterious girl named Alvis, they are thrust into the middle of an endless battle between Anatoray and Disith, two countries systematically destroying each other according to the code of chivalric warfare. Lives will be lost and legacies determined as Claus and Lavie attempt to bring peace to their world by solving the riddle of its chaotic core.