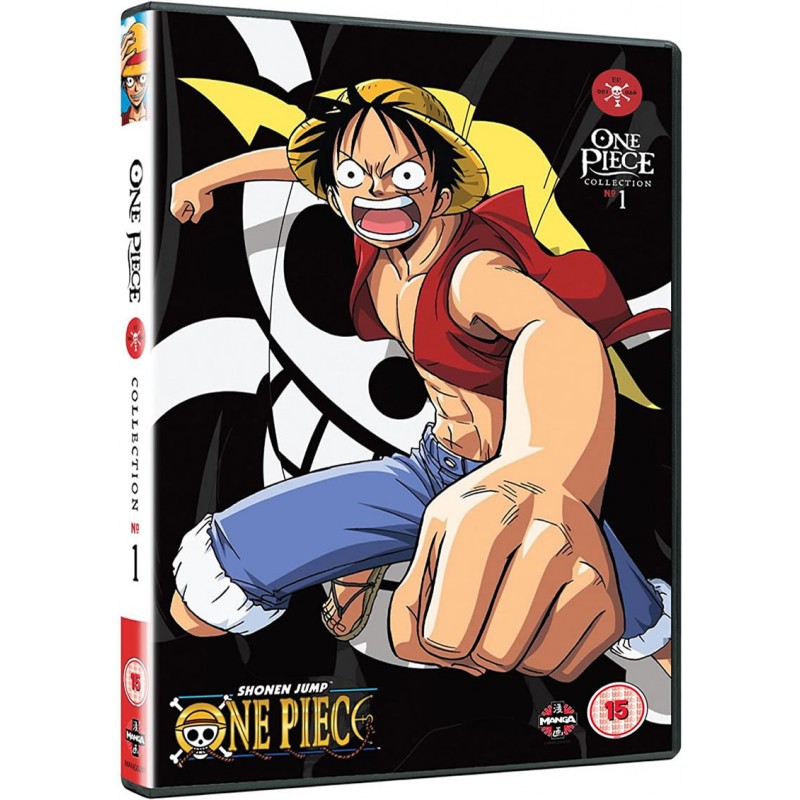 £34.99
£27.99 Save 20%
Publisher: Manga
Released: May 27th 2013
Classification: 15
Language: English, Japanese
Subtitles: English
Running Time: 650mins
Set Sail for One Piece! Monkey D. Luffy is a boy with big dreams. This daring rubber-man refuses to let anyone or anything stand in the way of his quest to become king of all pirates. With a course charted for the treacherous waters of the Grand Line, Luffy strikes out in search of a crew and a boat. Along the way he ll do battle with scallywag clowns, fishy foes, and an entire fleet of marines eager to see him walk the plank. The stakes are high, but with each adventure, Luffy adds a new friend to his gang of Straw Hat Pirates! Like his hero Gold Roger, this is one captain who ll never drop anchor until he s claimed the greatest treasure on Earth, the Legendary One Piece!