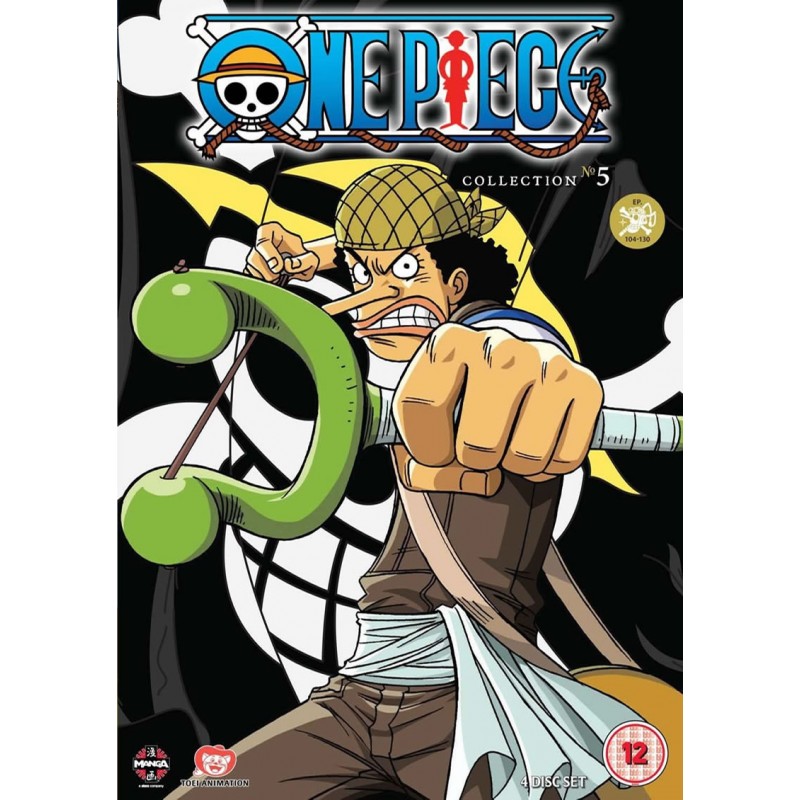 £34.99
£27.99 Save 20%
Publisher: Manga
Released: February 17th 2014
Classification: 12
Language: English, Japanese
Subtitles: English
Running Time: 650mins
Crocodile and his army of assassins have their sights set on conquering Alabasta, and the claw-fisted sandman won't stop until he gets his hand on the most powerful weapon the world has ever known. Only the Straw Hats can protect Princess Vivi from her reptilian oppressor, but they won't survive this battle without getting a little blood on their hands.

Be on the lookout as Nami unleashes the power of thunder and lightning, Zoro tests his swords against a man made of steel, and Luffy goes underground to settle the score with Crocodile once and for all!