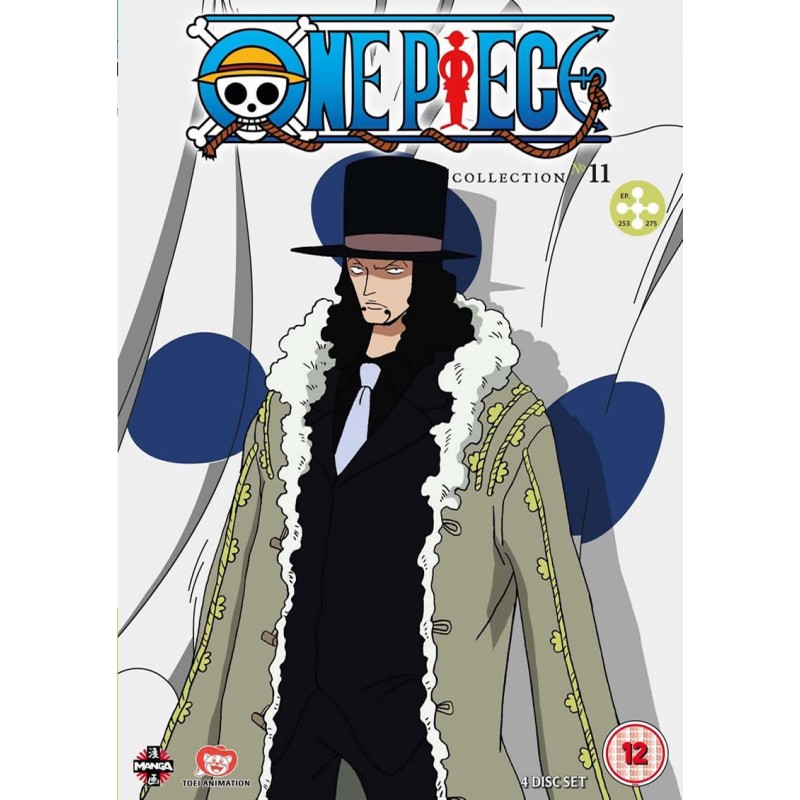 £34.99
£27.99 Save 20%
Publisher: Manga
Released: August 10th 2015
Classification: 12
Language: English, Japanese
Subtitles: English
Running Time: 575mins
Sanji stows away aboard the Sea Train, only to be joined in his battle against the CP9 goons by the heroic Soge King, a wandering warrior from the Island of Snipers! With the storm of all storms bearing down upon him, Chopper mounts a courageous rescue attempt in the rapidly rising waters. As the foreboding fortress of Enies Lobby draws ever closer, Luffy launches an impulsive attack that could spell doom for everyone!

Meanwhile, Nami hatches a plan to save Robin, and Zoro teams up with a samurai frog! The scattered Straw Hats are badly outnumbered, but with a little help from the Franky Family, they've got a fighting chance to make their reunion a reality. While his mates battle to catch up to their captain, Luffy kicks his attack mode into second gear for a shocking slugfest with Blueno!