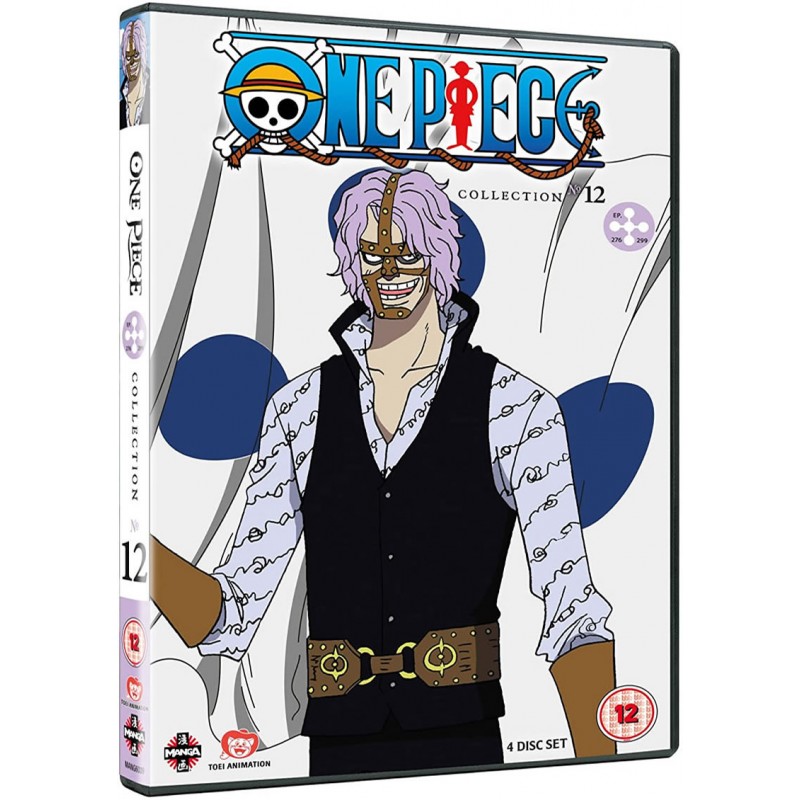 £34.99
£27.99 Save 20%
Publisher: Manga
Released: December 28th 2015
Classification: 12
Language: English, Japanese
Subtitles: English
Running Time: 600mins
The tragic secrets of Robin's past are revealed in series of heartbreaking flashbacks! Bullied because of her unique powers, young Robin's only friends were the kindly scientists that nurtured her genius intellect while her mother searched for the answers to life's greatest mysteries.

Back in the present, Luffy races to rescue Robin from the clutches of Spandam the madman, Nami saves Sanji from a beating at the hands of a bathing beauty, and Chopper goes berserk after eating one too many Rumble Balls during his showdown with a samurai lion! Meanwhile, Franky teaches a zipper-mouthed freak a thing or two about the punching power of cola, Zoro's swordplay is hampered by being handcuffed to Usopp, and Sanji reappears just in time to introduce his wolfish opponent to the burning power of the devil's leg!