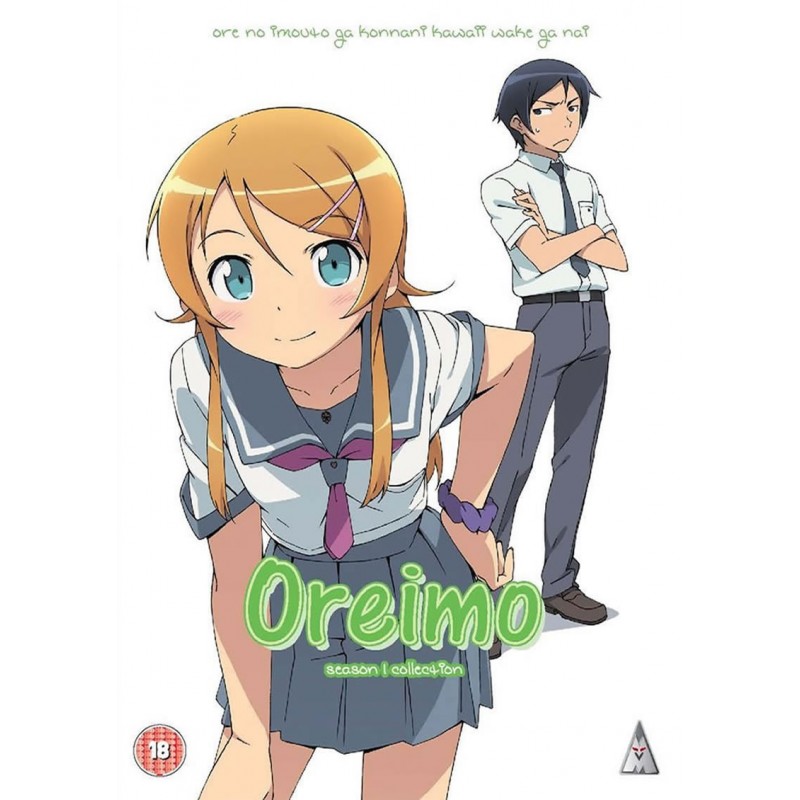 £29.99
£22.99 Save 23.34%
Publisher: MVM
Released: January 25th 2016
Classification: 18
Language: Japanese
Subtitles: English
Running Time: 400mins
For the past seven years, Kyousuke Kousaka's relationship with his younger sister Kirino has been nothing but cold. It's gotten the the point where the only talking the siblings do is to exchange greetings with each other. But one day, Kyousuke finds a moe anime DVD lying in the entrance hall of his house. His interest piqued, Kyousuke looks for the owner - only to discover it belongs to his very own sister Kirino. Shocked as Kyousuke was, this is just the beginning of the surprises that lie ahead...

In addition to being smart, pretty, and popular, Kirino Kousaka is also an obsessive consumer of anime and eroge. After Kyousuke promies not to mock her and keep this concealed from their parents, she starts to share a bit of her world with him. Kirino faces several problems as she tries to keep up appearances and balance her exemplary school life with her hobbies. Her brother becomes a crucial ally while dealing with all the difficulties that lie ahead.