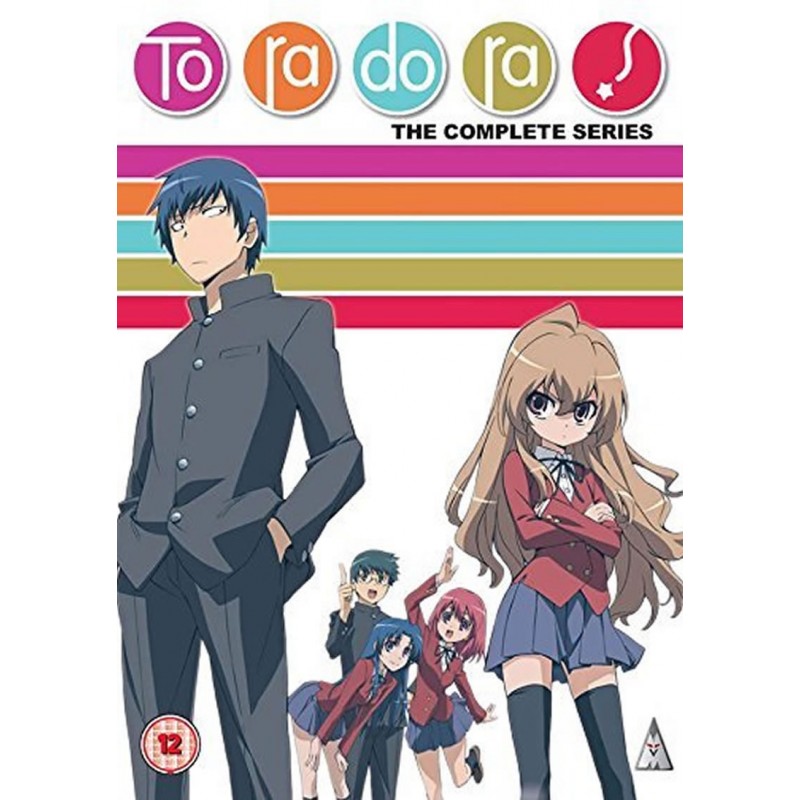 £39.99
£29.99 Save 25%
Publisher: MVM
Released: September 29th 2014
Classification: 12
Language: English, Japanese
Subtitles: English
Running Time: 617mins
Ryuji Takasu is cursed with his father's threatening face and is labeled a "delinquent" because of it. Even though this makes it difficult for him to meet people, he is madly in love with Minorin, the one girl who does not flee from him in terror. Taiga Aisaka is a notorious hothead with the nickname "Palm-top Tiger." She also happens to be Minorin's best friend, and what's more, Taiga has a crush on Ryuji's closest friend.