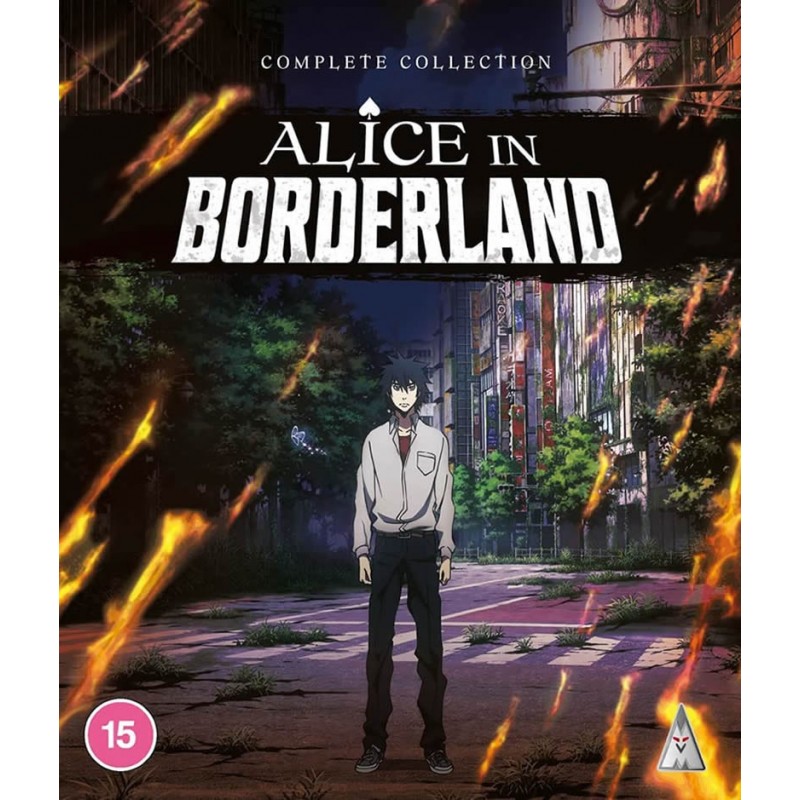 Alice in Borderland contains OAV episodes 1-3 of the anime directed by Hideki Tachibana.

Ryohei Arisu is bored with life. Nothing is new or exciting, and playing games is the only relief from the endless monotony of a seemingly pointless existence. If only, he wishes, he could be someplace else… a different world… where things were more exciting.

Then Ryohei and his friends, Daikichi and Chota, see what seems to be an incredibly powerful firework in the sky, brighter than any shooting star, and when they can see again, they discover that they're in an entirely new reality. Unfortunately, as they quickly learn, while this new world is, indeed, far more exciting, it's also incredibly dangerous. Trapped in a post-apocalyptic environment where the only way to survive is to compete in a series of increasingly deadly games, Ryohei and his friends have no choice except to adapt or perish!