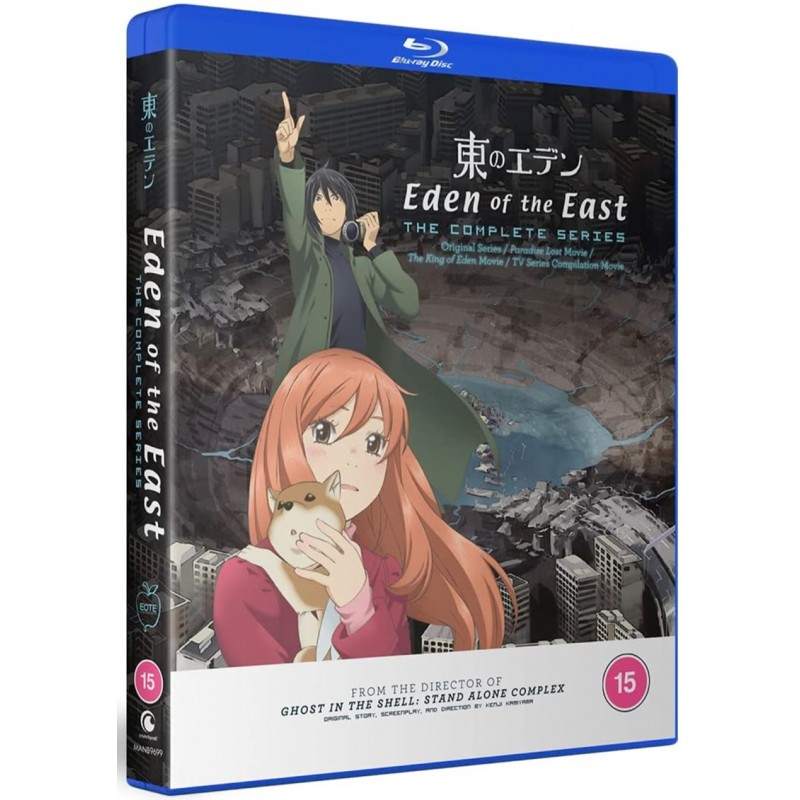 Eden of the East Essentials contains episodes 1-11 of the anime directed by Kenji Kamiyama, as well as Paradise Lost, The King of Eden and TV Series Compilation movies.

Akira Takizawa wakes up naked outside the White House with no memories. He’s got a gun and a cell phone. He doesn’t remember the phone gives him access to ten billion yen and a woman who will grant any request. He doesn’t even remember he’s supposed to save Japan and will be murdered if he fails. Whatever he’s tangled up in, Takizawa’s in deep – and that’s not even scratching the surface.