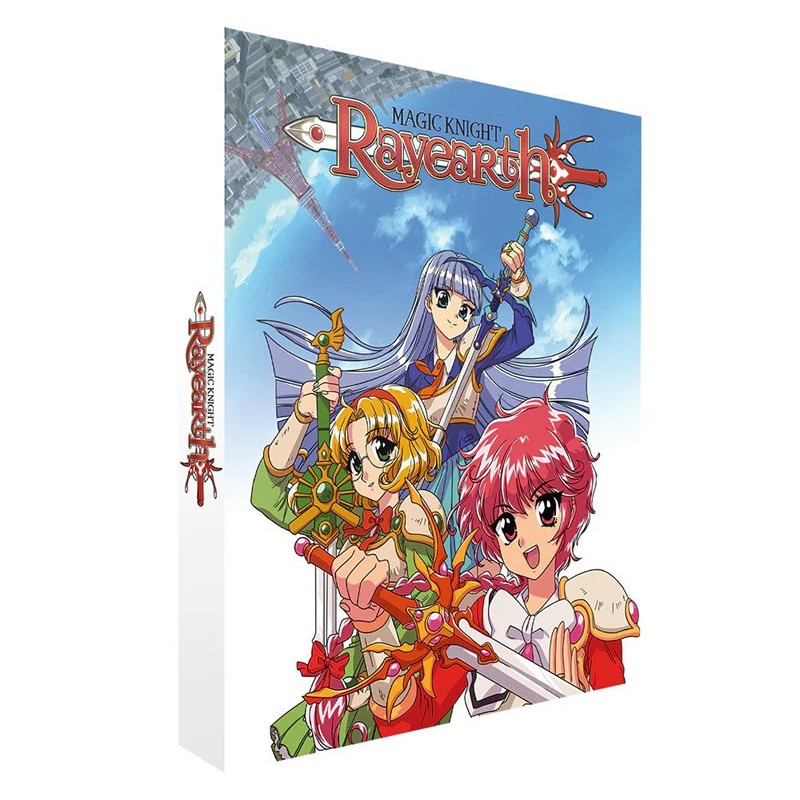 Hikaru Shidou, Umi Ryuuzaki, and Fuu Hououji aren't from Cephiro. While on a school field trip to the Tokyo Tower, the three girls' minds are on anything but different worlds filled with magic and wonder. That is, until Princess Emeraude, the Pillar of Cephiro, cries out for the Magic Knights to save her world--and that just happens to be those three!

Though (largely) against their will, the girls must learn to control the magic they suddenly possess, drive back the monsters that plague the land, revive the Rune Gods that have been sealed away, and then fight against the High Priest Zagato, who has kidnapped Princess Emeraude. It's the only way they can return home, for willpower influences Cephiro, and it is the Princess's will that the three girls become the Magic Knights of legend, and save her planet!