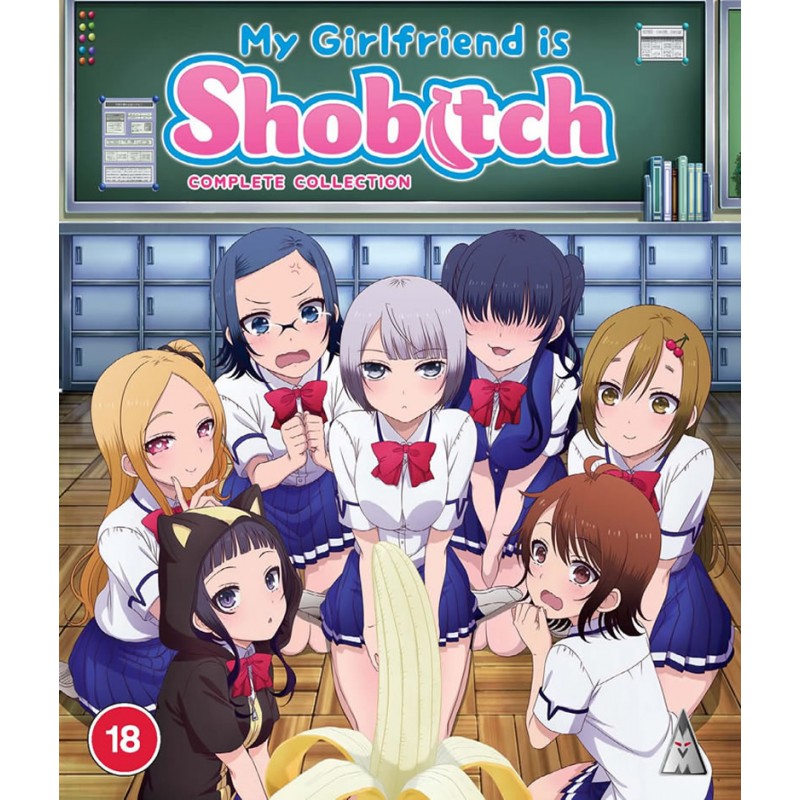 My Girlfriend is Shobitch Collection (18) Blu-Ray

My Girlfriend is Shobitch contains episodes 1-11 of the anime directed by Nobuyoshi Nagayama.

When Haruka asks his classmate Akiho to go out with him, he's hoping that she'll say 'yes'. What he isn't expecting is for her to agree, then approach their relationship with an emotionally detached attitude as if she was writing a research paper with sex as the topic!

It's all about maximizing compatibility, Akiho says, but when preparation for a first date requires Haruka to divulge a comprehensive list of his sexual fetishes in advance for planning purposes, perhaps there's something to be said for getting to know each other the old-fashioned way! And if Akiho's clinical approach isn't awkward enough, things get really weird when it's time to meet the parents and Haruka learns where Akiho's odd demeanor comes from! It's the romantic comedy where T.M.I. and A-Type personalities collide!