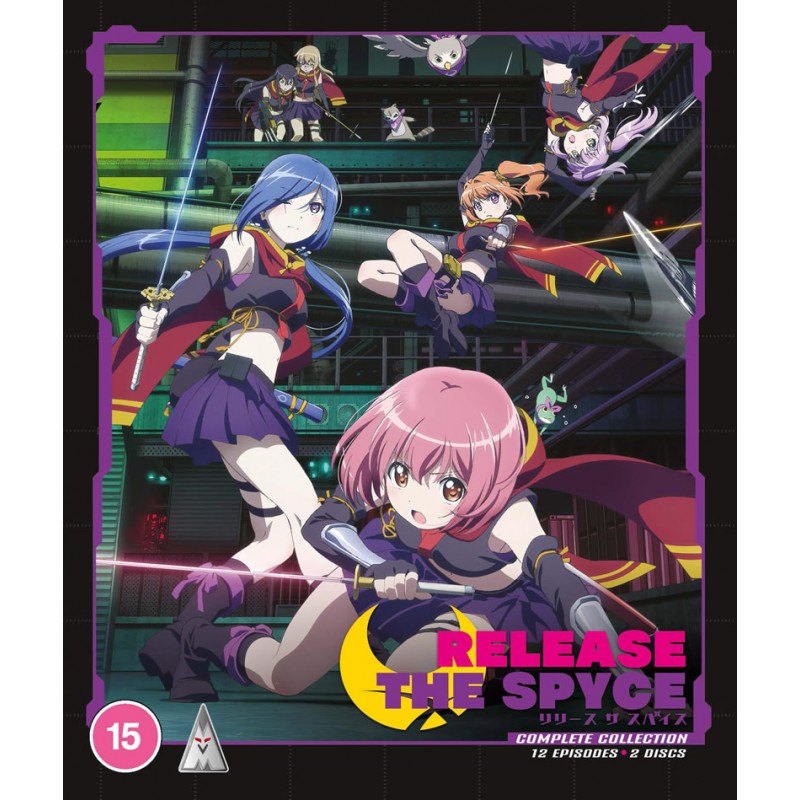 Release the Spyce contains episodes 1-12 of the anime directed by Akira Sato.

One never knows where the forces of evil may be preparing to strike, but fortunately for the citizens of the city of Sorasaki, there is a secret group of mysterious protectors who stand ever ready to fend off the pernicious plans of sinister scoundrels, malevolent malefactors and nefarious ne'er-do-wells. But who are these heroes and how are they recruited?

Momo Minamoto is a normal high school student who dreams of one day becoming a police officer like her late father, but when she investigates the case of a missing friend, she quickly finds herself being recruited into the ranks of the Tsukikage, a group of high school girl spies with above average abilities and the ferocious fighting skills needed to take on any fiend who foments foulness and corruption! Stand back evildoers!