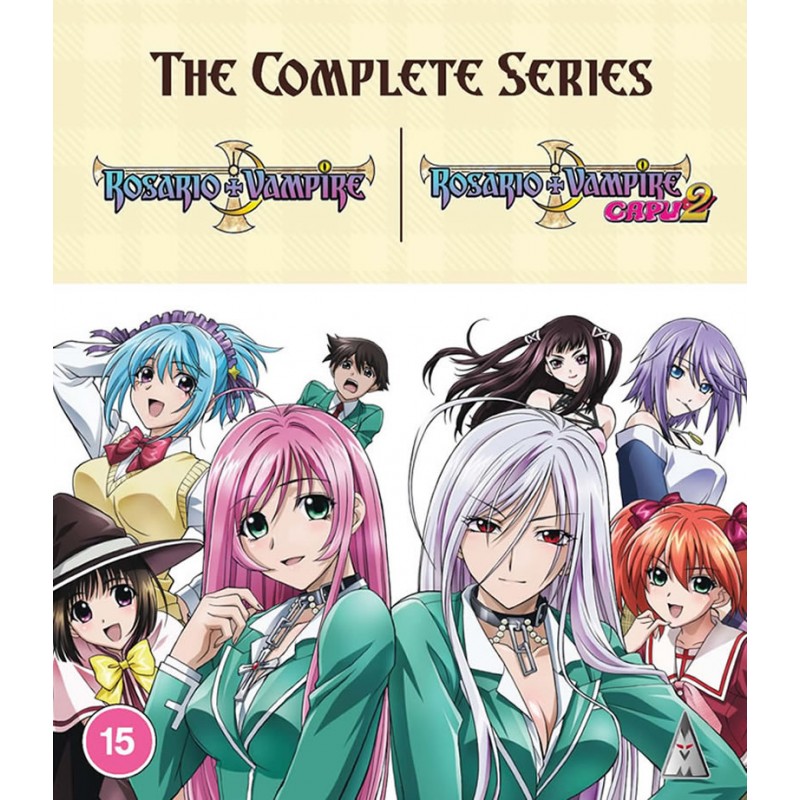 Tsukune’s terrible grades stick him in a school where all his classmates are monsters—-and if they figure out his human status, he’s fresh meat. Things perk up when his scent attracts the hungry lips of a gorgeous vampire named Moka. Soon Tsukune is seduced by a succubus, tormented by a frisky witch, and stalked by a snow fairy! He’s a slacker in the human world but scores an A+ with monsters.