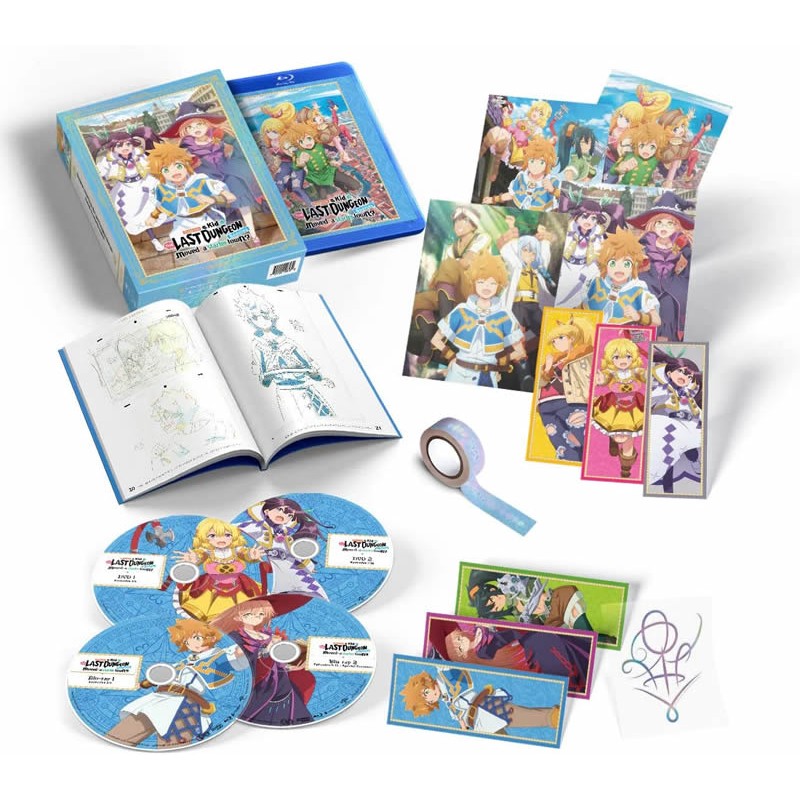 Suppose a Kid from the Last Dungeon Boonies moved to a starter town? - The Complete Season - Limited Edition Combi (12) BD/DVD

A long time ago, the ancient saviors of humanity founded a village as their haven, with their descendants said to assist humanity in times of extreme chaos. This village, Kunlun, is located just beside the infamous "Last Dungeon"—a place where monsters of unimaginable strength reside and which serves as the hunting grounds for Kunlun residents.

Despite being accustomed to defeating powerful enemies since childhood, Lloyd Belladonna regards himself as the weakest in his village in terms of magic, strength, and intelligence. Even so, to fulfill his desire of becoming a soldier, he goes to the Kingdom of Azami to enroll in its military academy. However, as someone whose upbringing defies common sense, Lloyd's innate power might just prove to be the key to end the crises enveloping the kingdom!