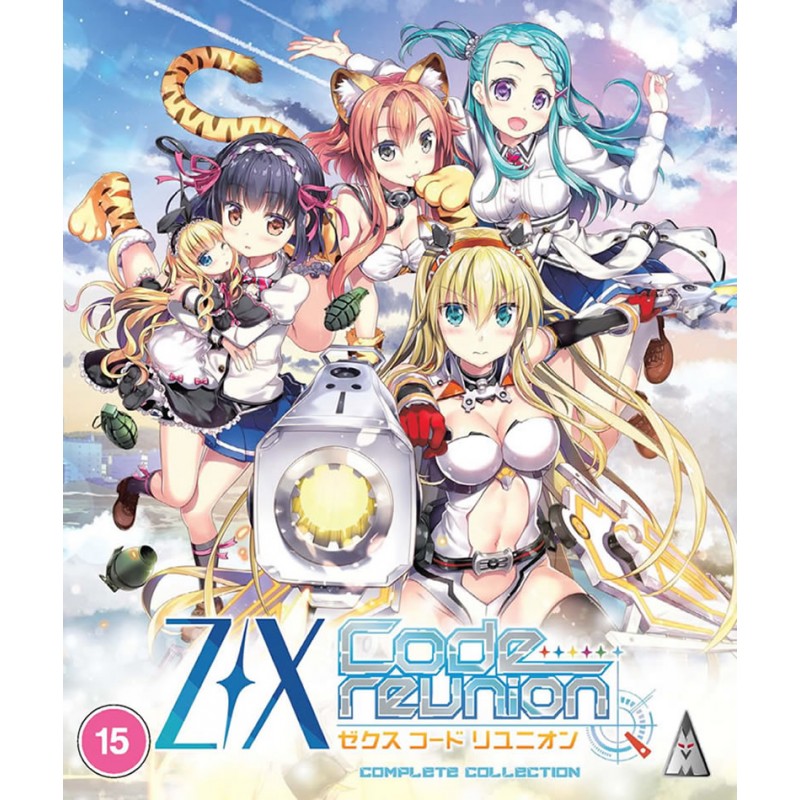 Years ago, interdimensional gates opened across our world, allowing beings from five warring dimensions to expand their battles to the Earth. Now amidst an uneasy peace, some humans are entering into pacts with the Z/X. For one young woman this is a simple choice: Azumi Kakamigahara can sign a pact with the beautiful Z/X known as Rigel, or succumb to the disease that has left her comatose for much of her life.

What Azumi doesn't expect is that it means moving to a new Academy where teams of young women and their Z/X partners are being secretly trained to face the next wave of hostile attackers… and no sooner have Azumi and her new friends arrived than the enemy launches its first attack on their school in Z/X Code Reunion.